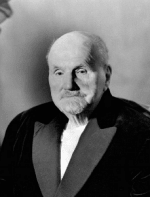 The City of Aberdeen is a historic community located in Grays Harbor County near the Pacific Coast of Washington. The region, rich in fish, wildlife and timber, supported a number of Native American communities as well as serving to make it attractive area for pioneers to settle in the mid-nineteenth century. Captain Robert Gray first discovered the harbor in May of 1792. Ultimately the city was founded in 1884 by local resident Samuel Benn, a pioneer visionary who saw regions tremendous potential.

The region was rich with resources. Thousands upon thousands of wooded acres surrounded Grays Harbor. Fish and marine mammals filled the waters offshore. While the harbor fell short of possessing the facilities required to be a major Puget Sound port, it was more than sufficient as a place to load ship holds with lumber and canned fish. Aberdeen was incorporated 6 short years later on May 12, 1890. 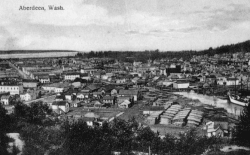 The city, itself, was named for a local salmon cannery and reflected its fishing port namesake of Aberdeen, Scotland. Aberdeen Washington, like the one in Scotland, is at the mouth of two rivers, the Chehalis and Wishkah. Although it became the largest and best-known city in Grays Harbor, Aberdeen lagged behind neighbors Hoquiam and Cosmopolis in the early years. When A.J. West built the town's first sawmill in 1894, the other two municipalities had been in business for several years.

Aberdeen and its neighbors vied to be the terminus for Northern Pacific Railroad, but instead of ending at one of the established mill towns, the railroad skimmed through Cosmopolis and headed west for Ocosta. Hoquiam and Aberdeen citizens banded together to build a spur; and in 1895, the line connected Northern Pacific tracks to Aberdeen.

By 1900, Aberdeen was considered one of the grittiest towns on the West Coast, with many saloons, houses of ill repute, and gambling establishments peppering the community. During the Great Depression, Aberdeen was hit hard, reducing the number of major sawmills from 37 to 9.

Mill owners hired Filipino and Jewish immigrants to keep wages low in order to stay in business. The timber industry continued to boom, but by the late 1970s most of the timber had been logged. Most of the mills were closing down by the 1970s and 1980s. 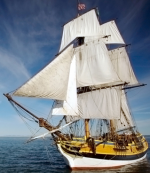 Tourism now plays an important role in the economy. Aberdeen, along with its neighboring city Hoquiam, provide a gateway to the Pacific Coast and the Olympic National Park. Aberdeen is also proud of being the home to Grays Harbor Historical Seaport, a non-profit organization that operates the Lady Washington, a full-scale reproduction of the tall ship that was the first American vessel to visit the West Coast.

Aberdeen also is a mecca to thousands of fans who come to honor and remember Kurt Cobain, who along with another Aberdeen resident, Krist Novoselic, created the grunge band Nirvana.

Aberdeen faces the same challenges as many Washington towns in adjusting to changes in their economies in the face of declining logging and fishing. A new mix of retail, different industries, and tourism offers a new kind of future, one that Aberdeen is embracing.